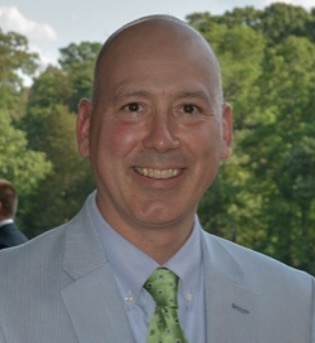 The Yarmouth School Department is pleased to announce the hiring of Dr. Patrick Hartnett to the position of Yarmouth High School Principal for the 2022-2023 school year. Dr. Hartnett was selected by a team of 16 staff and community members, along with a separate team of 12 students, who conducted two rounds of interviews with several qualified candidates before recommending that Dr. Hartnett be nominated to the position.

Dr. Hartnett is currently an assistant professor of educational leadership at the University of Southern Maine (USM), with extensive experience as a school leader in the state. From 2010-2022, he was the assistant superintendent in MSAD 17 (the Oxford Hills School District). For six years prior to that, he served as the Principal of Leavitt High School in Turner, where he was named Maine’s High School Principal of the Year in 2009. Dr. Hartnett was also the assistant principal at Oxford Hills High School from 2000-2004 after spending the first seven years of his career as a high school social studies teacher.

Dr. Hartnett earned his Bachelor of Science degree in Political Science from the University of Maine, his Master’s in Educational Leadership from USM, and his Ph.D. in Public Policy and Educational Leadership from the Muskie School of Public Service, where his dissertation focused on the role of the school leader in improving schools. He has presented at national conferences on topics such as collaborative approaches for homeless children, linking teacher evaluation and teacher learning, and equity in advanced placement programming.

Dr. Hartnett comes highly recommended by professionals within and beyond the walls of public schools in Maine. He is described by his former colleagues as a student-centered optimist who exhibits the preferred qualities of an organized, tireless, relationship-oriented school leader. He has also been said to have a fearless curiosity, a propensity to challenge accepted lines of thought and a keen sense of group dynamics.

Describing his desire to return to the principalship, Dr. Hartnett stated, “I miss the school environment, the rhythm of a building, direct interactions with students, and working directly with teachers. Yarmouth High School is an excellent school; I believe with a collaborative focus on continuous improvement we can make it even better.”

Superintendent of Schools Andrew Dolloff is confident the district has hired an outstanding principal for the school. “I’ve been fortunate to know Patrick and hear of his work for some time; his reputation among students, families, educators and school leaders throughout the state is impeccable. He will be an excellent addition to the strong staff at the High School, and his warm personality and clear-minded approach to the work will give the community great confidence that Yarmouth High School will continue its student-centered focus for years to come.”

Dr. Hartnett will replace interim principal Amy Bongard, who graciously stepped into the role during a tumultuous time this past winter. Overseeing the day-to-day operations of the school while losing each of the other three members of the school’s leadership structure within three weeks of one another presented a unique challenge that Ms. Bongard met with the determination and focus that have been hallmarks of her work at YHS. We want to be certain that her efforts are recognized; this has been a particularly challenging year for school leaders, let alone for one who was thrust into the position just as the team dissolved around her. Amy will return to her posiiton as assistant principal for the coming school year.

The High School Principal search process yielded inquiries from more than a dozen qualified applicants from Maine, Connecticut, Tennessee, Texas, and Washington, D.C.; we are very fortunate to have had a competitive process that produced an outstanding result.

Dr. Hartnett was unanimously approved by the Yarmouth School Committee at its May 24 meeting, and he will begin his work at YHS on July 1.