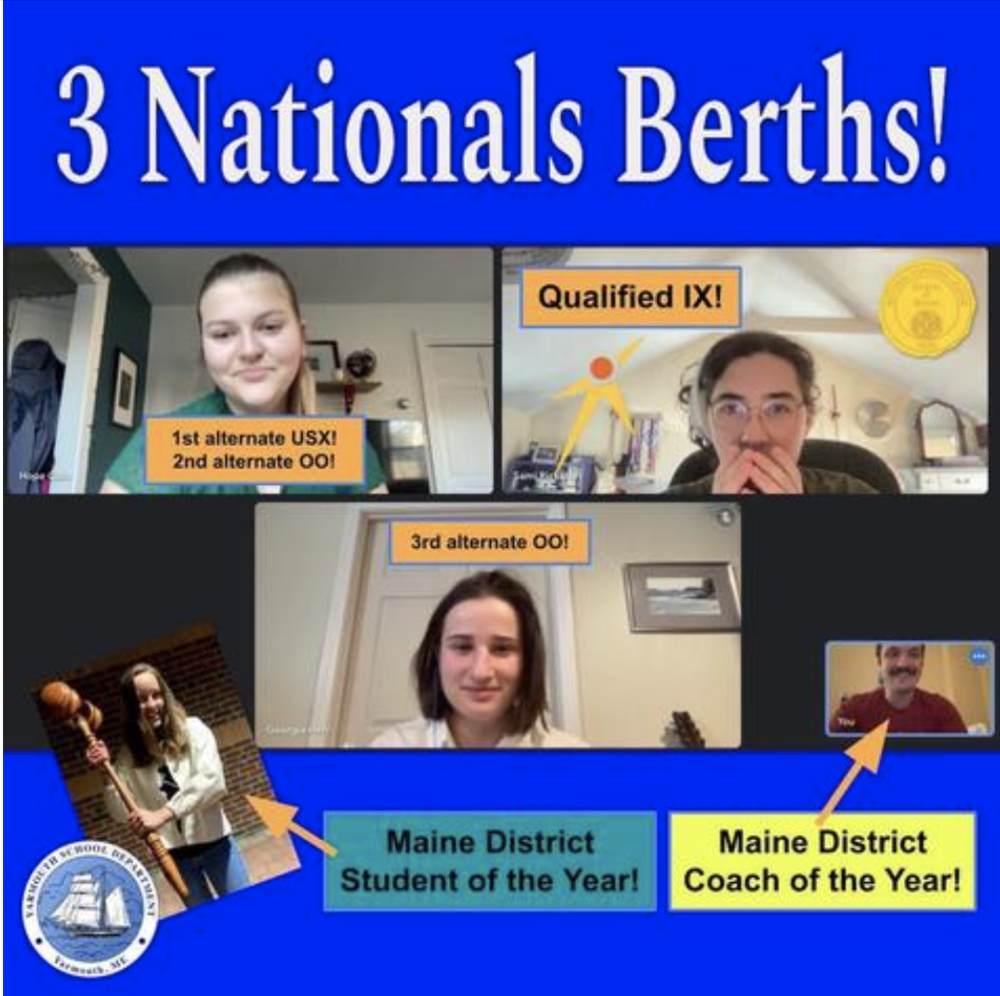 Speech and Debate Wrap up

Yarmouth Speech and Debate wrapped up an amazing season on the state level yesterday with a slew of new firsts and feats at the Non-Congressional NSDA District Qualifier Tournament.

—Sami Rizkallah qualified for Nationals in International Extemporaneous Debate! His performance also earned him the National Speech and Debate Association’s Degree of Honor.
—Hope Cady is the 1st alternate for US Extemporaneous Debate AND the 2nd alternate for Original Oratory!
—Georgia Herr is the 3rd alternate for Original Oratory!
—Maddy Corson is the Student of the Year for the Maine District (an award that covers ALL Speech & Debate events — not just Congressional)!
—John Russell is the Coach of the Year for the Maine District!

Sami’s, Hope’s, and Georgia’s successes are even more impressive given that they were each competing in events they had never ever tried before! In Hope’s case, she didn’t even realize those were the events she’d be doing until less than 24 hours prior to the tournament’s start (her original events both got canceled).